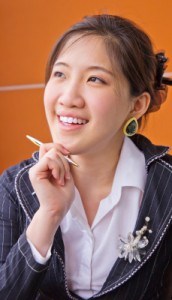 So, you’re thinking of becoming a writer? In previous articles, I wrote about the best residual income businesses and ideas, and one of my top 5 picks suggested writing – right off the bat! In fact, after writing these articles, I realized that many of these ideas and residual income business opportunities involve working from home – online. Therefore, many of these income and business ideas I have listed do require one thing – a good quality,  reliable computer.

In addition to that research, and especially because I’m writing this blog now, I know I’ll be in the market soon for a new computer myself. I’ve been struggling with my own aging computer, and it’s getting to be “about that time” despite my best efforts to avoid buying a new one. I probably won’t be able to hold off much longer.

You see, my computer is …I’d say, about fifteen years old. Yes, I said fifteen as in a “1” and a “5.” In fact, it may even be older. Both my mom and I bought our Sony Vaio’s at the same time, and hers is still going strong too. They were $800 bucks each, and it was the best $800 bucks we ever spent! We each have an old Sony Vaio tower with an Intel Processor, a CD Drive, a Read/Write Drive, and I have inserted memory sticks in each almost as high as they can go. And, that’s why it’s struggling. I run out of memory often now with all the programs up, the numerous tabs up, and all the work I’m doing now, especially when working with pictures or visiting sites with various graphics, banners, scripts, and pop-up ad boxes, etc. They are running on Windows XP, and I can’t upgrade Windows on them because the memory capability just won’t allow for it. As mentioned, they are running on Intel Pentium chips, and, don’t laugh, but mine is a whopping 760 MB of RAM (“Random Access Memory” aka: short-term memory, for those who may not know). The poor thing – I really hate to see mine go. They just “don’t make them like this” anymore. But, as the man says, “I need more Cowbell!”

So, seeing that having a really good computer is of major importance to building a residual income business, especially when writing or taking up photography or even videos, and seeing that I’ll even be needing one relatively soon, I have done some preliminary research. Since I chose pc’s, as opposed to Apples a long while back, please know that I am partial to desk top pc’s for home business use as they seem the most durable – as in my 15 year old Sony, and you can get a monitor the size of Kansas if you so desire – as opposed to being limited to an ‘all in one” or a laptop monitor size. So, pc desktop tower it is!

In fact, I actually do not even like the thought of “all in one” computers especially with touch screens. I think they are less likely to last as long, and if one thing breaks, you’re pretty much screwed. As for laptops, I already do have a laptop and a tablet, but I know I wouldn’t be happy working on either one of those all day. If you’re going to write, you need to be comfortable, sit in a comfortable chair, and work with a full sized keyboard. Further, in order to obtain major comfort while spending long hours at a computer, the computer has to be durable, it has to have the features I want, the memory size I want, and the monitor has to be eye level as well. I would not like to be squinting over a smaller laptop screen with my back hunched over like the proverbial “Hunchback of Notre Dame!”

As for manufacturers, I have honed in on Asus – only. I have owned Compaq with an AMD chip (even before Compaq bought out HP), and the thing crashed like there was no tomorrow. For that reason, I have no interest in buying anything running on an AMD processor. I did own a Dell 17″ laptop once, and I have since read their towers are not really reliable. Before those two, I had a custom built pc using an Intel chip. If I put it on, it would probably still work.. though I no longer use 3.5 disks… And, for those very old afficionadoes, I even have one of the first pc’s ever made (during the IBM and Mac wars). I have an old Eagle “word processing” computer in the basement complete with two 5 1/4 floppy drives. I have no idea what to do with it, though I keep thinking it would be a great addition to a museum one day…

Anyway, back on topic. I chose Asus because it is one of the best computers made today. It was actually made, originally, as a white label computer for many years. In other words, other manufacturers would buy Asus and put their name on it – to resell it to customers. So, Asus has really be around for a long while now. It’s a high quality computer, and, obviously, they offer their own brand now to consumers. They also have a wide range of features and memory sizes to choose from.

Best Computer for the Money 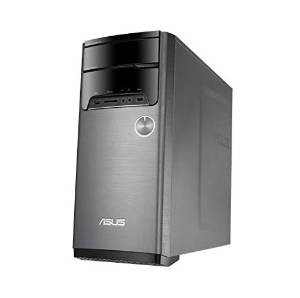 With that in mind, I have chosen three for my preliminary research. I came across one of the best bang for your buck computers, and I thought I’d share it with my readers below. This one is a “middle of the road pricing,” but it has the memory size I’m looking for. There are some Asus models for less, if you’re shopping on price, and some are even more, but this Model, Asus M32AD-US032S, has the most memory and features for the money. As of 4/2/2015, here’s my top pick:


If you do head over to Amazon, you’ll also see this pc is Rated a 4 out of 5 stars, and there are numerous Reviews as well from satisfied customers. So, if you’re thinking of building yourself one of the best residual income businesses, and you begin to write, this computer should serve you very well. 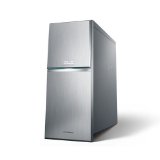 Another top pick, according to PCMag.com, is another Asus, Model number M51AC-US015S. This is also just under $1,000 price point, and it is well worth a look. Unfortunately, I could not find the associated link for this model on Amazon. I don’t know if they are temporarily out of stock, or just no longer carrying this model, but that is the Model number if you wish to do some research on your own. And, finally, for those who may want to get into a little more gaming and videos, the PCMag Editor’s Choice is the Asus M70AD-US003S. It’s a little pricier, but will easily perform gaming and graphic capabilities. Here’s a quick video for the M70AD below:

Although the first one, in particular, is my favorite pick, so far, I’m also liking the M70AD. I’ll take a closer comparison look when I’m ready to actually buy.

Here’s a link to Amazon to provide you with a more up to date price and availability on Asus Computers:

What about you? If you are looking at any other computer right now, please feel free to share your thoughts on which manufacturer, model, and why. I would like your thoughts and comments as well especially from you residual income writers out there!

For now – Thank You again for your visit! I appreciate it!