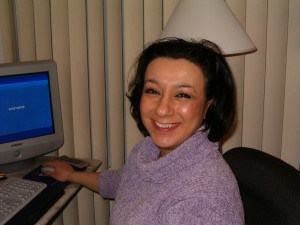 I’m Toni (“pen” name Ms. Money Honey), and I have created this site to help people learn about the various ways to build passive income, turn liabilities into assets, and truly enjoy long-term wealth during their lifetime.

First of all, I’m a serial entrepreneur who loves business. I hold both undergraduate (B.S.) and graduate (M.B.A.) degrees in Business Administration from SNHU (formerly known as New Hampshire College) along with another Graduate Level Marketing Certificate. I love learning and talking about business, entrepreneurship, marketing, and helping others make money.

After Graduate school, I followed along with the whole aged ole mindset: “If you work hard at what you do, you will climb the ladder to success.” …Then, reality set in… Not to intentionally burst anyone’s bubble, but in “the corporate” world, it’s not “what you know,” it’s “who you know.”

In various organizations, I’ve seen many instances of this played out. I once worked under a supervisor who held a degree in biology – while working in a data tech environment. She was the department head’s daughter. In another organization, I’ve seen one guy who was promoted to a managerial position without any experience in the department and without the appropriate degree or even credits toward the required degree. I’ve also been in another situation where I applied for a promotion and position I was already in, one in which I was fully qualified, and was doing the work. I held all the degrees, courses, and Accounting credit requirements, but I was passed over for one of the five open positions. Instead, five men were promoted, and two did not hold the qualifications I had. In fact, and here was the “final slap,” these two received “permission” to obtain the required credits – during work hours – using the very computer equipment I needed to do “that” job – and they were given a year to finish – while I had to hunt for an available computer to do my job… Really? Really? Yes, really.

So – Why am I telling you this? Well, in short, sometimes life isn’t fair. So, it’s time to turn the lemons you may have been handed into lemonade. It’s time to take matters into your own hands and create the life you want. It’s time to stand on your own two feet and reach for the success you know is yours to have. Knowledge is POWER, especially if you’re willing to use it to achieve YOUR goals – your financial goals.

While I was working at that last position, I began dabbling online. Remember AOL and the “free discs?” lol.. Anyway, when I left that position described above, in 2004, I taught myself html (computer code). Shortly after that, however, CSS (the updated version of html) came out – so again, I was a little behind the “eight-ball.” I decided to go into Real Estate because I’ve always had an interest and wanted, really, to flip houses even before the downturn and the real estate “bubble.” However, I kept dabbling online. I built web-sites on a voluntary basis for a long while to help out local political organizations, and I had a few online stores and other sites myself. But, technology just kept changing. Soon, all that I learned about SEO changed again when Google began playing with their algorithms, and again, there was that “eight-ball.” So, I began to dabble less often.

I focused more on Real Estate instead, and then we went into the downward spiral. After all the short sales I’ve done, and after recovering from an injury last year, 2014, and another in 2015, I had decided to continue in that industry only by focusing on investors – those who wish to flip single family or multi family homes or purchase multi family homes to help them build long-term passive wealth – while actually helping the communities by getting these houses back on the tax rolls. As mentioned, I like to help people, and I know I can help them achieve their financial goals in Real Estate as a Licensed R.E. Broker.

In 2012, or so, I learned about an insurance strategy that also helps people, and I just had to pursue this because it was something that’s been on my mind for a long while. I just didn’t know it actually existed! I often thought there had to be a way to flip our “debt-based” economic mindset into a “credit-based” economic mindset – despite what the “Federal Reserve” and bankers want. And, there is!

Because of what I have learned, and as a requirement of the state, I then pursued a License in Life and Accident Insurance since that is the only way to help people using this strategy. I had to be “Licensed” by the state. So, I am currently a Licensed Producer in the state of Massachusetts, but I am also affiliated with an insurance brokerage based in Arizona. In short, I can either help people personally in Massachusetts, or I can refer people to Infinite Banking Concept (IBC) practitioners across the U.S. to help people actually build passive income and long-term wealth. And, if you haven’t yet heard of IBC – just wait until you learn more. It’s going to knock your socks off!

When I learned about it, the first question that came to mind was “Why don’t they teach this stuff in school?” And, then, or course, other questions quickly follow: “…Why haven’t I ever heard of this before??? Why don’t more people know about this???” You then sum up with the thought…”If I could have started this sooner, my life would have been vastly different.”

Well, if you’ve read this far, I apologize if this section was too lengthy. I guess my fingers just won’t stop typing… which brings me back to thoughts on career choices for women way back when. “At least I can type” was a commonly used phrase, and despite all my degrees and experiences, it’s kind of funny that I have started this blog. So, maybe I can change the “who you know” into “what you know” after all.

I’m here to share what I know and help people learn about various ways to build passive income and long term wealth. I also have other sites that provide services to small and mid-sized businesses that help business owners achieve that same goal. (Did I mention that I love business?) I believe in helping people by educating them and encouraging them to stand on their own two feet rather than “giving” them a short-term, band-aid solution. So, if this site interests you, I hope you stick around, learn, and/or share your knowledge as well. You’re officially invited!

One small step … just became a giant leap! Here’s to Your Success, Your Financial Success – while Living the Life You Want!

Thank you for your visit – Enjoy!

Please know that, in order to help pay for this site, the products and services listed are likely affiliate links. This means that I may earn a small commission from their use. Readers are not required to click on these links or make any purchases as the information on this site is free and open to the public. If you do use the links for purchases, thank you for your support!