I’ve had a very long interest in Real Estate, even way before I ever became a R.E. Agent and, now,  a R.E. Broker. I’ve  known for some time that Real Estate is the path to wealth. If you haven’t ever read “Rich Dad Poor Dad: What The Rich Teach Their Kids About Money That the Poor and Middle Class Do Not!”, by Robert Kiyosaki, I recommend you do just that if you wish to learn more about Real Estate and how it can help you build a sizable nest egg.

Real estate has long been the vehicle to achieve passive income and long-term wealth. These goals are, basically, achieved when purchasing rental income properties and becoming a landlord. If purchased for the appropriate price, the property and its income will help the property pay for itself over time – while the property value appreciates! So, not only are you receiving the monthly cash flow profit (passive income) after holding and maintenance costs are paid, the owner reaps the benefits of appreciated property value until such time in the future when the property is sold for a profit. At least, that’s the plan. 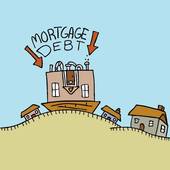 Of course, as we all know, the housing market was turned totally upside down beginning approximately around 2005/2006 when property values came crashing down. Beginning with Countrywide, banks had been giving out mortgages like candy to anyone with a pulse, then, turned around and passed those bulk notes to investors who were a little too trusting. And so, the mess ensued.

Banks closed off funding, the economy suffered from a variety of ailments, people lost their jobs, and things got much worse. So, while the banks were eventually bailed out, those who were left holding the bag was, and still is, the taxpaying public. Those banks who didn’t package and sell the notes fast enough got to write off the losses while reaping any profits from either renting these homes out or cooperating with the owners to short sell the home.

Of course, banks that didn’t sell the packaged notes then had two choices. Either foreclose or work with the seller and short sale the property. It didn’t dawn on them to work with the current owners until that was mandated by the Government later on. But, even that didn’t help in all situations. As mentioned, many people lost their jobs, or suffered major economic hardships due to health or a variety of other reasons. Many people couldn’t even pay reduced mortgage payments. Their only recourse was to allow the banks to foreclose or short sell their home.

ker, I have worked with many owners to avoid foreclosures and short sell their home. It is a tough job, and the process evolved over time. But, it was one that I believed in doing at that time as it helped many people save what was left of their credit, and move on to rebuilding their life.

I saw many other R.E. people list properties over market and stubbornly keep the price propped up – even while the owner was receiving foreclosure notices. I have seen these stubborn R.E. people and even attorneys mis-advise their sellers, and I have seen many owners unnecessarily lose their homes to foreclosure due to the ignorance and stubbornness of the so-called professionals involved.

As mentioned, I have worked many short sales, and I have helped owners avoid foreclosure. Many short sale homes, if not all, need renovation. The owner could not keep up with mortgage payments, never mind pay taxes, utilities, and the upkeep of the home. So, of course, these homes needed maintenance and updating to make them marketable enough to sell for top dollar which is one reason why they didn’t sell for top dollar. Obviously, the banks didn’t like that little piece of truth. So, while many properties languished on the open market, communities then began realizing the harmful effects of vacant houses and community blight.

So, while many banks allowed the properties to sit on the market endlessly, and needlessly, some banks eventually saw the value of allowing the short sale process to begin. The preference was, and still is, an owner occupant buyer. Of course, this is absurd as the bank is not providing a mortgage to the buyer. But, in any case, they preferred an owner occupant over an investor, and since they are either the seller or the third party bank, only they can approve the sale and allow it to close.

Banks, in general, could not comprehend, or didn’t care, that investors would take the property, conduct the required repairs and updates, then, sell the property for a profit – or, did they? I have seen many many instances of banks stubbornly refusing to approve a short sale and, in essence, hold the owners hostage while threatening foreclosure, while writing off the loss, and while no other offers are coming in – all because they didn’t like knowing an “investor” would earn a profit. It is, and remains to be, mind-boggling – to say the least!

Not only would the sellers be able to move on in their lives, the bank would get this non-performing asset off its books, be paid with both tax write offs and short sale amounts, and the communities and neighborhood values would begin to rise and benefit as well!  So, in essence, the banks have repeatedly shot themselves in the proverbial foot many many times – all because they preferred owner occupant buyers and had a problem knowing “investors” would earn a profit!

Well, OK, not so fast. Apparently, there are other issues surrounding investors and flips. There are those who do take advantage of situations, and, it turns out, this preference to only sell to owner occupants helped to minimize those unethical buyers who “flip” property without doing any physical “work” to them. In other words, the word “flip” held a negative connotation and it was supposed to be avoided at all costs.  But wait, there’s another side to that coin. 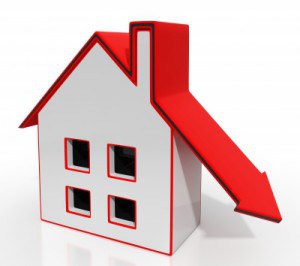 A property that may not have any work done to it, but is sold for less than the mortgage, is not necessarily a flip in the “bad” sense of the word. After all, the property WAS “financially distressed.” The investor IS purchasing the property and is re-selling the property with a newly CLEARED TITLE. So, doesn’t that count for anything? Apparently not – according to the banks. That situation was completely glossed over when the Banks and the Governmemt decided to step in and control things. Heck, they even created the new word “robo-signing.” That’s how much they valued a Clear Title. In addition, the banks didn’t want to acknowledge that many buyers just don’t want to deal with banks, foreclosures, angry sellers, and damaged short sale or foreclosed homes. The buyers wanted “move-in” ready homes with zero work, and they wanted it “NOW!”

Ok, so, while I see the bank’s point, I also understand our laws. Our economy has always been based on “let the buyer beware.” So, while yes, there are unethical people – in all walks of life – there are also honest real estate people who were ready to do their jobs and guide buyers to a fair price rather than an inflated price. But, no, the Government didn’t want that. So, they instituted Government and Banking policies to help minimize the unethical investors, they didn’t want to hear the word “flip,” and they wanted owner occupant buyers to purchase these homes which needed repairs despite the fact that owner occupant buyers clearly didn’t want to buy these properties even at reduced prices. So, can you actually mandate a buyer to buy?  Well, this administration thinks so… but, that’s a whole other conversation…

Investors had to overcome the “bad” meaning of the word “flip” and work to redefine it for the banks. Even HGTV got into the act with their popular shows “Flip This House”or the other one “Vacation Houses for Free!” So, the “good” meaning of the word “flip” has finally emerged. Many foreclosed and short sale homes are bought, and with the close of escrow, they are no longer “financially distressed.” Further, many of these rehabs could sometimes be done in less than a month. But no, the banks didn’t like that either. So, in order to circumvent and slow the whole process down, many banks have decided that it was wise to institute deed restrictions to, once again, control the property – even after it’s bought. 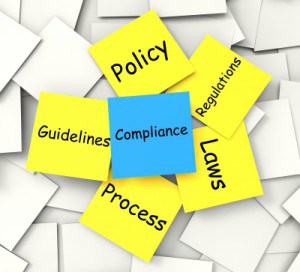 Well, the good news is that – it is! I’m just waiting for the day when someone brings forth a class action suit to sue these banks for interfering with the “quiet enjoyment” or interfering with private enterprise.  Unfortunately, many investors just wish to avoid the roadblocks all together. Many avoid the properties with deed restrictions, they usually avoid short sales, and many still do avoid foreclosures. And, that is unfortunate because it is the investors who will get the housing market moving again.

Once a property has closed, and the number of days for any imposed deed restrictions have expired, the investors who have purchased and rehabbed properties can now list them on the open market – for a profit!

Finally – back to capitalism!

So, the end result is, of course, earning a profit. And, if you’re an investor, developer, or contractor who has built up enough cash reserves to have many homes going at the same time, this is yet another source of building wealth through real estate. And, the more you remove yourself from the equation – maybe hire a General Manager – the more passive the income tends to be. In fact, there are former “flippers” who have “been there, done that,” and, now, only wish to provide the funds that allows other investors to flip homes.

Yes, finally, passive income indeed. If you have enough funds to become a private money lender or a hard money lender, you can earn extremely high amounts of interest simply by funding other people’s projects.

Many private or hard money lenders have their own CPA’s to manage these funds, and have their attorneys dot the i’s and cross the t’s while they’re sipping an umbrella drink down in the Keys…

This site and its blog discussions can, and probably will, discuss many aspects of the opinions expressed on this page regarding real estate. Once again, you’re invited to share your opinions, concerns, experiences, or advice. It is my hope that readers learn, share, and enjoy the discussions on real estate flips, tips, and how it can help them build long-term wealth.