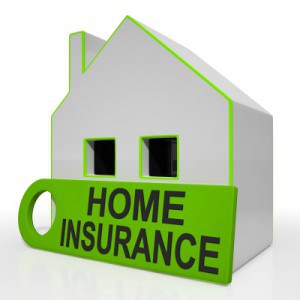 Here’s a little example of why Nelson Nash’s Infinite Banking Concept is a much better vehicle for those “little things,” not to mention the “big things” that come up – as they often do. Let’s take a real life and recent example of a homeowner who purchased homeowner insurance with an additional “exterior structure” rider.

Recently, this homeowner had suffered some vandalism on her property. Apparently, someone thought it was a good idea to walk along the top rail of a chain link fence, bending each section down to the point of no return, and to also ruin the newer vinyl panel fence on the other side of the property. No worries, thought the owner, I have extra “exterior structure” insurance.  Here’s what happened when she initiated a “claim.”

How to Initiate a Claim 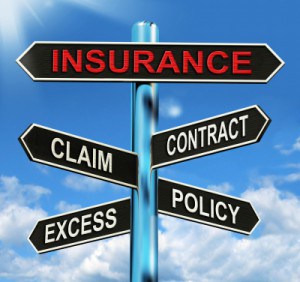 First of all, this homeowner has a homeowner policy with Liberty Insurance. The call went pretty well as the representative took the initial information over the phone, and the call ended when she was told they would send both an adjuster as well as a contractor to assess the damage to the two fences.

When the adjuster got there, he was alone. He said there would not be a contractor after all, and he began going through his investigation, looking things over, etc. He came to the conclusion that there were two separate incidents. The homeowner was later called by someone at Liberty, and she was told that there were two different incidents. Therefore, they would be treated as two different 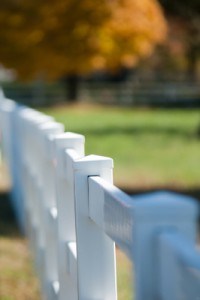 claims. The rep also said that the adjuster came to the total of $800 for the vinyl side fence. Ok, said the homeowner, knowing she had a $1000. deductible. Therefore, they ended the call knowing there would be zero paid from that claim as it did not reach the deductible.

The Exterior Structure is Outside!

As for the other side, the more expensive repair side of the property, the homeowner was later told over the phone that she should only expect to receive about $500. Apparently, the adjuster, who is neither a licensed or professional fence installer, came to the conclusion that the materials and labor would total $1900.00. But, as the Liberty rep explained, the reason why the homeowner would only receive $500 is because of the second incident “deductible” of $1,000 and the “depreciation” of an “exterior structure” because it is “outside.” Therefore, her reduced payout would be $500.00. Really? …

So, then, I asked the homeowner a few questions. Here’s how that went. When did you buy the policy? Her response was “about 25 years ago.” And how much is that “exterior structure” premium? She responded that it was an additional $14.00 a month. So, doing the math. The total is $168.00 per year multiplied by 25 years is $4,200.00 that Liberty received over the course of all this time, and she has never made any prior claims – ever. Yes, she responded. And, so, there you have it.

People think that by paying this additional exterior structure insurance, and, should the time come, the homeowner insurance policy will cover the costs of labor and materials to totally replace any damage done to the property when, in actuality, your exterior structure insurance will be further reduced using a depreciated value because the “item” is “outside.” But, isn’t that why you’re paying for “exterior” insurance – because the item being insured is outside???  …If not, then …what exactly are you paying for??? Oh, snap! I know what it must be! You MUST be paying for that new yacht for Liberty’s 14 Million dollar CEO…

I see, but, here’s the problem. The proposed payout of $500.00 won’t even pay for the labor to remove all the damaged sections of the fences! And, if she does remove it, she will no longer have a fence! …Aha! There’s that “Aha” moment! In short, yes, I advised her to cancel this “exterior structure” insurance immediately! And, she agreed. She realized that she had faithfully paid $4,200.00 over the course of 25 years, not to mention lost opportunity costs, in order to receive a whopping $500.00 back along with a whole lot of stress!

Ok, so why am I telling you all this? What does this have to do with Passive Income? Well, here’s what “would have” happened if this person knew about and implemented the IBC way back when.

Using a basic compound interest calculator, we can punch in the following figures: $14.00 per month for a total of $168.00 per year. Compounded annually at 4.34% (this example using an average Rate of Return for one IBC insurance company) over a span of 25 years would have accrued to an asset worth approximately $7,684.17.

And, it gets better!

If she had invested in the IBC, way back when, and purchased a whole life policy to build cash values with a similar premium and a similar annual dividend payout, she could have used the resulting cash value to obtain a loan against the collateral, the policy, and she could have received the whole amount of money needed for repairs. In other words, she wouldn’t have to call a “reactionary” homeowner’s insurance company who’s only job is to fight its very own clients when and if they have the audacity to make a claim. There would be no fighting, no arguing, no negotiating, no push-backs, no stress, no nothing! Conversely, she wouldn’t have to go to a bank or a credit card company to obtain any type of home improvement loan at what,  5, 6, 9, or 21% depending on interest rates and credit scores in order to obtain the money for fence repairs either.

All she would need to do is make one phone call to her whole life insurance company and simply say “send me a check!”

And, guess what else! The policy remains in place earning money on the full amount. Yes, there would be a “loan” against the policy, but so what? If it’s not paid back by the time the named insured “kicks the (proverbial) bucket,” yes, the policy payout is reduced by the amount remaining on the “loan.” But, and it’s a BIG BUT – in the meantime, it’s still earning dividends on the full amount. The homeowner doesn’t have worry about incurring any type of debt for repairs, and the whole life insurance policy is still generating passive income!

So, in short – who actually made out here in this real-life example?

Of course! It is Liberty Mutual who made a nice little profit on this loyal customer who faithfully made payments to cover the costs of any type of damage done to “outside structures.” Instead, this homeowner is now mulling over her limited options of how to get the fences repaired… if at all.

I urge everyone who wishes to learn more about IBC, and wants to build real passive income and wealth, to obtain Nelson Nash’s book. Then, find an IBC practitioner who can design a policy that will not only cover you and your loved ones with a whole life policy at an affordable monthly cost, but you will also be building a valuable asset that will allow for liquidity when and if the time comes for all those “little things” – never mind the big things… in life.

Don’t forget to please share your comments, opinions, or concerns! Thank you for your visit and your input!