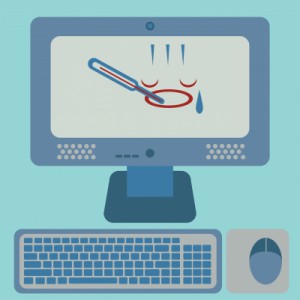 Ok, well, I’m baaaack! I apologize for the hiatus, but I’ve actually had computer problems. If you’ve read my previous post: “Best Residual Income Businesses – Writing,” you’ll see that I talk about my “aging” computer. Well, yes, not only was it “aging,” it was apparently infected and was spamming people too! So, today’s post will discuss what happened, and what I had to do to resolve the “problem” in order to continue to build a residual income business from home.

Ok, here’s what happened. One night last week, while conducting some research for this blog, I ran into internet problems. My computer became really really slow, even slower than what it’s already been doing. I also got this little pop-up box telling me about “connectivity” issues. Then, the Clear Internet Service Provider (ISP) home page came up, and so, I knew, OK, I have to call Clear …again! Clear, as you may know, was bought out by Sprint, and I have had some “issues” ever since that little transaction, while before, I had none. Clear is a satellite ISP which was recently bought out by Sprint, and while yes, I’ve had problems because Sprint has chosen to reduce the number of towers in my area, this, apparently, was not the cause of my current problem. 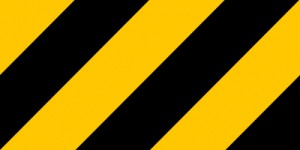 When I called Clear, I was told that it was “their way” of giving me a “warning.” I said “for what?” And, the rep responded “because you’ve been spamming!” “WHAT?!!! I am NOT a spammer! What are you talking about?!!! …Can’t you tell me more???” He said that it may be a virus on my computer working in the background, without my knowledge, that’s “what virus’ do.” They work in the background, and do whatever their developers designed them to do. I kept asking questions, and he said that’s why Clear has slowed my use and given me this warning. He also said I was now on “warning #2,” and if it happens again, they will shut off my ability to go online.  Apparently, this happened once before, in January.

I have a Computer Virus! 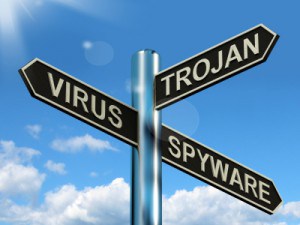 I do vaguely remember a problem, but I just thought it was just another Sprint ploy to get me to buy something else, or a faster speed, etc. I don’t recall a specific message about a possible virus. I only remember something about them thinking I had done something to their equipment or “their service.” I remember I had to reset the modem, and that I had connectivity problems. I do not remember anyone ever mentioning that I was spamming people or that I may have a virus! In any case, obviously, I never did anything about a possible virus. So, I went on my merry way… until I came to a screeching halt right now.

But, when he mentioned this possibility on the phone, I did remember that I had recently hit something, or was on a site recently that brought up my Outlook Express – which I rarely use. For email, I prefer to log in directly to the server online. I like my emails on the server, rather than downloading them onto my pc with Outlook. But, something I clicked on just the other day did, in fact, bring up the program briefly, and when he mentioned it, I remembered. Of course, when it happened, I shut it down immediately because I didn’t want all my emails downloaded onto my pc. It would have tied it up for a while, so I did quickly shut it down. But, apparently, it only took that brief moment to initiate something totally unintended. 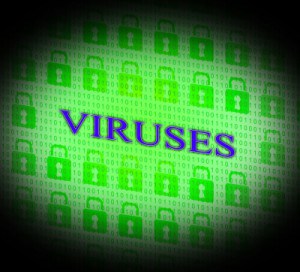 Viruses, especially Trojans, are oftentimes designed to spam your contacts from Outlook Express – which is another reason why I don’t like using Outlook.

You see, when you have a computer virus, typically a Trojan, on your home computer, it can cause your Outlook Express to spam people – in other words – and to my dismay – I eventually realized that I really could have been spamming all the people in my contact list!

Great, now what! I kept peppering him with questions about which device it could be, etc. I was thinking that it “could be” any one of my five devices, or all! Is there a way to “hone in?” Well, no, there isn’t. They don’t have “real time” notification, so I wouldn’t know which device may have it or if they all have it because I have all on the same network!  Seeing that my smart phone is protected with “Lookout,” I knew it “probably” was not my phone. Of the two tablets, one was “off,” and of the two pc’s on my network, one of those was “off” as well during this phone conversation. But, the Clear rep couldn’t help me anyway with “real time” notice. He only said it was on one or more of my devices. Ok, so now I have to figure that out, then I have to then find out what type of virus or malware it is and how best to deal with it.  And, so, the search begins…

What and Where IS this thing? 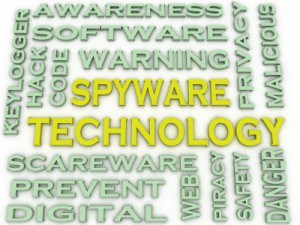 Seeing that this was “warning #2,” I had to get at least one of my devices cleared to go back online and do some more research on some good software, and learn more about this possible hack. …And, yes, it really is lousy that we even have to do this, and that there are people “out there” who have nothing better to do with their time or skills than to cause other people harm, inconvenience, or even steal information and do irreparable harm. It really does  suck – to say it bluntly.

Although I was aware that MicroSoft stopped supporting XP systems a long while ago, I just figured that I’d be safe because I don’t surf certain sites, etc. But, no, that is not the case. It can be a simple little attachment on an e-mail, or some ad that you’ve clicked on, and in that brief little moment, that one little click will allow a virus to download onto your system or enough of a partial virus to allow it to download more tidbits in the background over time directly onto your system. These things are really insidious and are written by people who are well advanced in computer code. It’s amazing they use their skills to steal from totally innocent people.. but.. they do.

In any case, I will be writing about my current knowledge on viruses and malware in another post. But, as of this writing, I wanted to share a  follow-up to my previous article about a good computer and writing for residual income. Since I cannot “upgrade” my operating system from XP to a newer Windows version due to memory limitations on my pc, and since I now have this lovely little problem with an unknown virus on one or more of my machines, I had no choice but to order my Asus sooner rather than later. And, so here it is – Ta Daaa!

Yup, I went and did it! I ordered it from Best Buy! (Check Out this Week’s Computer Deals and More, Plus Free Shipping

.) Once this is in, picked up, and set up, I will finally be saying goodbye to my old Sony Vaio tower!

As mentioned, I will be writing a follow-up article on virus and malware to go over some of what I’ve learned for my readers. I will also probably write up a review on the new Asus for my readers who are interested in knowing how it performs, etc.

So, for now, I just wanted to get back online and tell you what I’ve been up to, why I haven’t posted, etc. So, please read my next post on viruses, “Free Adware, Malware, and Spyware Remover,” and you’ll see why.

And, for those who are interested in working from home and building a residual income by writing – you need to know about good malware and, more specifically, virus protection! So, please stay tuned for my next article!

Thank you for your visit!