OK. So, you want to learn how to make a passive income online? You’ve come to the right place!

In this post, I will begin my journey of becoming an affiliate marketer online, and what better place to do that – than to do it right out in front of all to see. My journey will be part of my blog! 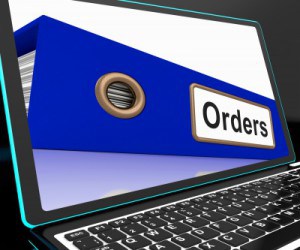 In the Beginning – Online Stores:

I have been dabbling online for more than ten years now. I have had online stores (Yahoo and Ebay), and I have had multiple sites up and running with various affiliate links and PayPal accounts. I’ve been a drop-shipper, I’ve offered affiliate links, and Google Ad sense links, but my sites were just not as successful as I had hoped. At one time, I even owned approximately 300 domains, and I had plans! Yes, I was a junky. But, now, things have changed.

Back then, search engine traffic was pretty much guaranteed to those with key words within the URL. That’s why I had snagged so many. Back then, if you were lucky enough to have obtained a popular keyword, you made it! But, …not for long!

Those were the days when users would type in a key word or phrase, and then get a bunch of directory sites full of ads with zero content. And, that’s why Google, in their infinite wisdom, began changing their algorithms. They wanted to provide a better user experience and provide users with quality content – the content they were searching for in the first place. OK, that made sense, but these changes did a number on many sites, and many disappeared all together!

Back to Work I Go: 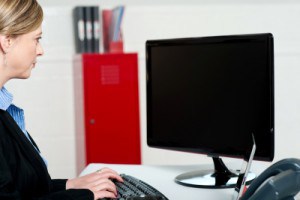 I realized that if I couldn’t keep up with these ongoing changes, then, I probably shouldn’t pursue earning an income online. So, I went back to my day job. Although I did keep “dabbling,” I dabbled less often. I knew I wasn’t “keeping up” with SEO and the Google algorithms,  and that was OK. Who had time – right? SEO became more convoluted, more time and effort, more stuff to read and keep up on, etc. I just didn’t have that kind of time. I had a J.O.B.

I kept going my merry way until life happened, and someone handed me a lemon. Ah, another turning point.  After I left my day “J.O.B.,” I became a Real Estate agent. Later on, when fulfilling the legal requirements to do so, I later became a Real Estate Broker despite the fact that I truly didn’t want agents under my brokerage nor did I really want to work with “first time home-buyers.” (Sorry, I just don’t have the patience!) What I really wanted to do was to work with investors who either flipped property or wanted multi-family homes for long-term investment purposes.

When I realized the negative trend in the housing market, I knew I should probably have a back-up plan. So, I turned my energies to another business. I bought and re-opened a former laundromat while still working as a R.E. Broker. It was just before the crash of the housing market. Unfortunately, I got in over my head, and I didn’t have the timely financial backing required in order to keep things running along. When I finally did obtain a helping hand from one investor, the offer came too late. It would have been akin to just throwing the money out the proverbial window. So, I didn’t take the money.

The economy was just horrible, and reality had really set in. I had already lost regular customers, lost my commercial accounts, and I knew it was time. No one person is an island, and the economy had impacted just too many people – too many customers. I had decided it was just too late, and I closed that business down.

On the Real Estate side of my world, and, due to the crash, I had already begun working with sellers who were under threat of foreclosure 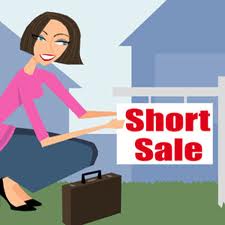 . I began specializing in short sales. I negotiated and sold “underwater” homes, and I helped quite a few home-owners out of difficult situations. So, the market determined this “new” demand, and I provided these services up until the end of 2013.

At the end of 2013 and early 2014, I suffered a physical injury which, in turn, hampered my ability to walk – never mind list and show houses. So, now, another lemon. While working through physical therapy with hip, then, back problems, I had to go back to what I had been “dabbling” in all along. I knew I had to go back to doing something online.

So, with that little dose of reality, along with my love for business, I, just recently, began offering mobile marketing services to local businesses. I believe this is an up and coming service, and I believe it will help many small businesses advertise while keeping costs low.

While I continue to recuperate, and build that clientele, I began dabbling online again. One day, I was conducting some research on a home-based business opportunity, and I came across another site which interested me. I came across Wealthy Affiliate. 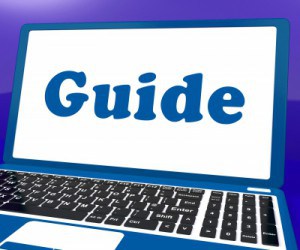 This is an online community that, pretty much, takes you by the hand and gives you step by step instructions on how to make a passive income online. At least, that was their claim. I realized, if this was true, then, I don’t have to keep up with SEO, I don’t have to spend time reading endlessly, I don’t have to re-learn the entire industry! Here it all was in one place, and since they offer a “free week” of lessons, I quickly signed up to determine if this was for me. I wanted to see if their claim was true.

I went through all ten lessons in in the free Course – Level 1. There are six course levels in all, but you have to join as a premium member in order to follow along with further training. If you do sign up as a premium member within that first week, the cost of the first month is only $19.00. So, I hemmed and hawed, and I waited until the seventh day. And, on that last day, I decided I wanted to learn more.

There is no “contract,” and I can stop at any time. This was important to me as I mentioned before. I did not wish to waste time, effort, and money on something that “may” not work, and I wanted the ability to stop if and when I choose. So, I went ahead, and I signed up for the reduced price of $19.00 for the first month knowing I would give it an honest “try.” I became an official “premium” member on February 2, 2015, and this post is here to record my journey.

I will post from time to time to report my progress to others who wish to follow along, learn about blogging, affiliate marketing, and making a passive income online. You’re invited! If you choose to read more about my ongoing blogging journey, please bookmark this site and check in from time to time.

Thank you for your visit – there’s more to come!