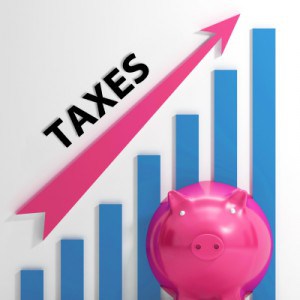 Well, if some State Senators in Kansas had their way, they’d like to…

I came across an article the other day explaining just that. In this article, “Senate explores $115 million tax hike on ‘passive’ income,” written by Tim Carpenter, Topeka Capital-Journal on March 12, 2015, the writer outlines Senate Bill 260. Apparently, the chairman of the Senate tax committee discussed legislation “that would deliver $115 million to the state treasury over the next two years…”

Senate Bill 260 is being proposed because of the state’s budget deficit which is approximately $600 million, and many in the Senate don’t see how they are going to avoid an increase in taxes. And, so, …why are they targeting a passive income tax – you may ask?

Well, according to the article, they have arrived at passive income because of the calculations based on Kansas’ Adjusted Gross Income (AGI), and how that relates to the Federal AGI. I guess they see a “payday” if only the pesky law were reversed. Under Senate Bill 260, the current 2012 state law would be reversed to exclude passive income and passive losses as modifications to the Federal AGI for Kansas’ income tax purposes. 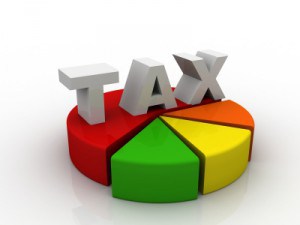 In short, if you owned rental property that you do not manage personally, or you receive other types of passive income such as royalties, licensing fees, or any other form of passive income from a business in which you do not directly manage, your passive income would be taxed by the state of Kansas should this Bill be passed. According to the article, the projected benefits to the state are about $65 million for 2015 alone, and about $50 million each year after that. And, that payday is just too tempting…

Would this really be considered as benefits? That would be a huge “NO!” Anytime someone in office says “Oh, look, we have a shortfall. We had better raise taxes!” needs to be out of a job as quickly as possible.

It is absurd to think that this is a benefit to the state, or any other state that may be mulling this over, and, yes, if this passes in Kansas, what state is next? Raising taxes on those who have investments and passive income will only do one thing – raise taxes and costs over all. And, the negative ramifications would be extreme, to say the least. 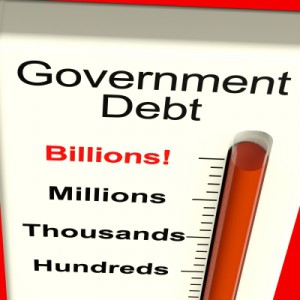 Investment properties would decline in value, there would be a reduction in disposable income and consumption, and, of course, there would be an increase in Government subsidies which would grow accordingly to support the population thus making even more people dependent on Government and social programs. When are these politicians going to realize that any “tax” increase on the so-called “wealthy” is, basically, a tax on all? Oh, wait, maybe they already know that… …So, why do they do that?

First of all, they know they cannot easily target the wealthy – just because they may have a problem with other people’s wealth (seemingly, only during the election year). They should also realize, and probably already know, that the wealthy are not stupid people. They will turn around, and will raise costs somewhere else to make up the difference. But, boy, it’s a great “sound bite” isn’t it? And, these types of comments do get many politicians elected and re-elected – year after year.

Yes, that’s why. It’s the old political maneuver of creating “the have’s and the have not’s….” “Oh, poor you, I know you’re hurting, so elect me, and I will help you…” It’s unfortunate that many still fall for this “routine” time and time again, and yet, after these people are in office, the “situation” doesn’t improve. It only gets worse, and they have, in fact, enabled many people to become dependent on Government subsidies – a.k.a – handouts.

Second – why is it that these people in Government think in terms of raising taxes when they “could” be doing a better job at managing the state’s business? Why should the taxpayers always pay for ineptness? Why is there a shortfall? Why didn’t the Governor negotiate better? ..Or obtain services at a better cost? ..Why should the taxpayers always pay more and more???

Third – The taxpayers of America are finally waking up! Many taxpayers have had quite enough of the tax and spend policies of their elected officials, and they are realizing the real problem – that our quality of life has gone down drastically. These policies have, in fact, enabled many people to expect Government handouts. Many people have accepted their “lot in life,” and many, unfortunately, make no effort to improve their standard of living. Many people have become “dependent,” and elected officials who enable dependency and victim mentality, absolutely, positively, like it that way – period.

Those of us who are old enough, do remember the days when our quality of life was much better. I remember when families would have one income, and on weekends, they would go to the beach, camping, or enjoy some other family type outing together. Their paychecks went quite far. Nowadays, it’s lucky if family members even see each other between all the damn jobs needed just to “make ends meet” never mind “get ahead.” Two incomes are now the “norm,” and it’s even bordering on three. 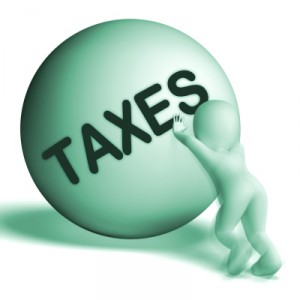 Imagine if passive income were taxed? Not only would you be working two or three jobs, there would be absolutely no incentive to acquire any type of investment property, and taxes and fees would probably eat up any benefits of any licensing deals. So, why even bother? We, as a whole, would just be relegated to slaving away our lives and working as many jobs as we could just to pay the taxes and barely make ends meet. There would be no “getting ahead.”

So, my question is this – when are the rest of the taxpaying and voting public going to wake up and say “ENOUGH!” When are we, as a whole, going to put on the brakes and stop electing this type of mentality into office, stop taking on more DEBT, stop the subsidies, and stop accepting that’s just the “way things are?” Do you realize that we have families in this country who go without food? Do you know how many people have given up trying to find work? Is this acceptable? When are we going to question what happened to our “quality of life” for everyone – not just those who are working and earning an income?

It can only happen when we realize that we’ve been fooled and divided. We need to get back to basics, reduce wasteful policies, and live within our means. More importantly, we need to elect people who will manage Government affairs more responsibly, encourage new businesses, especially small businesses, and we need leaders to respect and encourage people to work instead of treating them like dependent little pawns in order to be elected and re-elected.

If we begin to encourage dignity and personal responsibility, instead of dependency, we can recover and improve our overall quality of life once again. We should be able to enjoy our families and the fruits of our labor. We should be able to acquire assets, generate passive income, and build wealth to enjoy a higher quality of life for ourselves and our children. We, as a whole, deserve that. You deserve that. Don’t you agree?

If you live in Kansas, I do hope you write to your elected officials and tell them what they can do with Senate Bill 260. And, if you’re in the rest of the country, just be aware that, should this be passed in Kansas, it will likely be proposed in other states, possibly yours, as well.

Are you ready to stand up and say “Enough is ENOUGH?”

As always, comments and opinions are invited!